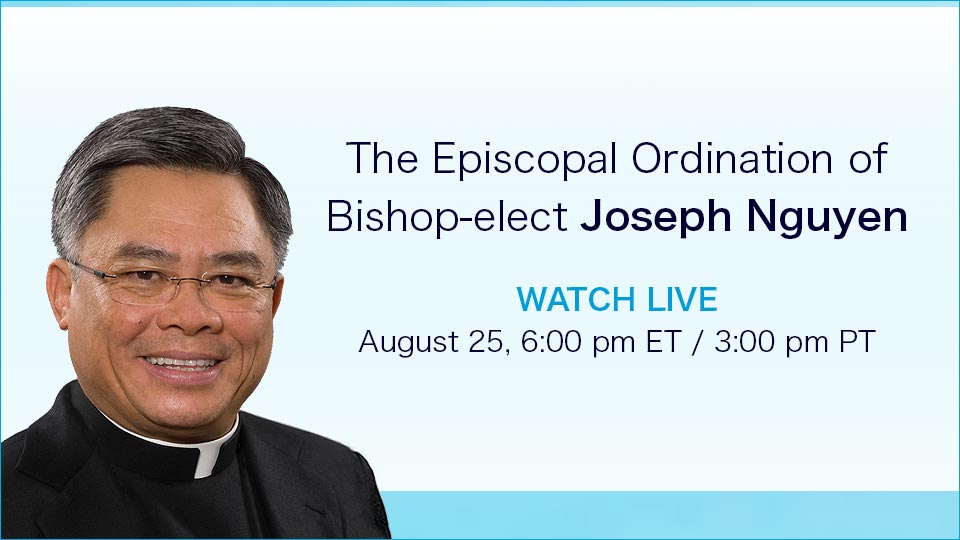 The Diocese of Kamloops, British Columbia stretches from Jervis Inlet in the Strait of Georgia to the Alberta border. Leading such an enormous diocese is no small task. On August 25​th​ 2016, Bishop-Elect Joseph Nguyen will become the sixth Bishop of Kamloops. Salt + Light will have extensive live coverage of the ordination Mass, bringing you a look at the diocese, and a glimpse into the remarkable story of the new ​Bishop. 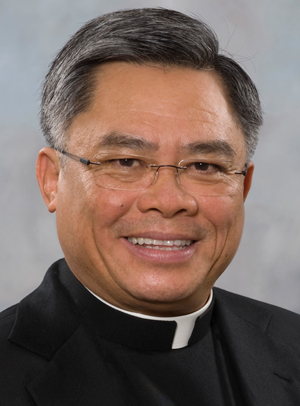 The man who is about to take the helm as the sixth Bishop of Kamloops has served time in prison. He also knows what it is like to take to the seas in a small boat with nothing but hope for a better future. Bishop Elect Joseph Nguyen was born in Viet Nam. That was where he first heard the call to the priesthood and began his formation. When the communist government took over hospitals, schools and seminaries his formation came to an end. That was when he decided to leave behind his family and flee Viet Nam.

It took two attempts to leave his country. The first attempt ended quickly when bad weather forced his boat back to shore. He and the other people on the boat were imprisoned and tortured. Once free he tried to escape once again. This time his boat was rescued by a German ship and he and his boat-mates were taken to the Philippines. There the Bishop Elect spent time in a refugee camp before being sponsored to come to Canada.

Like so many other new Canadians he discovered a whole new set of challenges in his new homeland. For starters, he spoke no English. The daunting task of starting over made the priesthood look like an unattainable dream. Again, like many other new Canadians before him, he started studying English and got a job as a painter. Eventually he was able to enter Christ the King Seminary in Mission, B.C. to complete his formation for the priesthood.

In 1992 he was ordained a priest for the Archdiocese of Vancouver. Since then he has served in various parishes in greater Vancouver area. He was also tapped to serve as Vocations Director and eventually Vicar General for the archdiocese.

Pope Francis named Nguyen as the new Bishop of Kamloops on June 1, 2016. He takes over from Bishop David Monroe who resigned after reaching the mandatory retirement age.


Priest born in Vietnam and ordained in Vancouver humbly accepts new role
June 1, 2016: B.C. Catholic: The right-hand man of the Archbishop of Vancouver is about to shepherd a diocese of his own. Father Joseph Phuong Nguyen, 59, has been appointed bishop of Kamloops. “I was really taken by surprise since..." [read more]
We use cookies and similar technologies to run this website and to help us understand how you use it. Read our Privacy Policy here to learn how we use cookies.