SEARCH
BLOG: Inside the Synod

The members of the Synod of Bishops on the New Evangelization have recommend the creation of church body to promote religious freedom. The recommendation was one of the propositions Synod members would present to Pope Benedict XVI. The Synod concluded on Sunday with a mass celebrated by Pope Benedict XVI at St. Peter’s Basilica. On ...read more

Photo of the Day – Friends along the Synodal Journey
Salt + Light Media
October 28, 2012

The full text of Pope Beendict XVI’s homily at the Mass concluding the XIII Ordinary Assembly of the Synod of Bishops for the New Evangelization. Dear Brother Bishops, Distinguished Ladies and Gentlemen, Dear Brothers and Sisters, The miracle of the healing of blind Bartimaeus comes at a significant point in the structure of Saint Mark’s ...read more

Watch Now
Fr. Thomas Rosica, Cardinal-Designate Luis Antonio Tagle, Archbishop of Manila, and Salt and Light’s Sebastian Gomes at the Synod on the New Evangelization shortly after Tagle was named Cardinal by Pope Benedict XVI at his General Audience on October 24, 2012.  To see more of the new Cardinal-to-be, view our special WITNESS interview with him ...read more 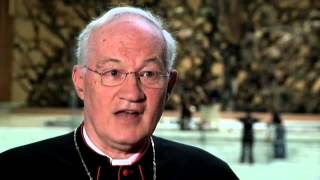 Watch Now
On today’s edition of Inside the Synod we speak to Toronto’s own Sr. Gil Goulding and take you into the Vatican Gardens. ...read more

Photo courtesy of Servizio Fotografico of l’Osservatore Romano Cheridan Sanders and Sebastian Gomes receiving communion from Pope Benedict XVI at the Mass celebrating the 50th Anniversary of the Second Vatican Council and the beginning of the Year of Faith – October 11, 2012 Cheridan Sanders and Sebastian Gomes are the hosts of Salt + Light’s ...read more

Watch Now
Tonight on Inside the Synod we recap the interventions that got the most buzz, Sebastian brings us interviews with Cardinal Kurt Koch and Cardinal Tong Hon, and we bring you the details on Cardinal Wurel’s summary of everything that’s been said so far. ...read more 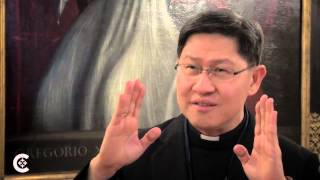 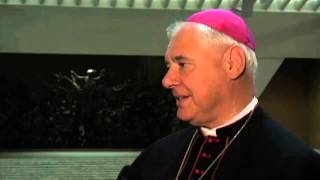 Watch Now
Our host Alicia Ambrosio brings you a recap of what happened in the synod hall, and from our team in Rome interviews with Cardinal Donald Wuerl, Cardinal George Pell, and Florence De Leyritz from the Catholic board for the Alpha Course. ...read more

Watch Now
Join host Alicia Ambrosio for tonight’s edition of Inside the Synod. ...read more
We use cookies and similar technologies to run this website and to help us understand how you use it. Read our Privacy Policy here to learn how we use cookies.