In 1912, St. Peter’s Seminary opened its doors in London, Ont. One hundred years and 1,036 priests later, the seminary community celebrated its centennial anniversary with a Mass of Thanksgiving inside St. Peter’s Cathedral Basilica on Wednesday, May 23. As the lead Producer for this project, I had the great privilege of representing Salt + ...read more

The dwelling place of Christ
Tim Theriault
May 16, 2012

In his Post-synodal Apostolic Exhortation Sarcramentum Caritatis (or Sacrament of Charity), Pope Benedict XVI writes the following on the relationship between the Eucharist and the Church: Since the Eucharist makes present Christ’s redeeming sacrifice, we must start by acknowledging that “there is a causal influence of the Eucharist at the Church’s very origins.” The Eucharist ...read more 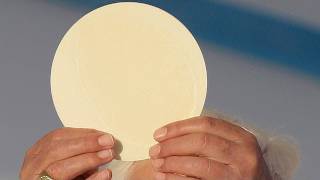 Watch Now
Dublin, Ireland will host the 50th International Eucharistic Congress, June 10-17th, 2012. This is the second time Ireland will host the Universal Church, the last time being in 1932. Join host Cheridan Eygelaar as she speaks with Father Kevin Doran, Secretary General of IEC 2012, about the Congress that celebrates the summit and source of ...read more

Holy Father’s prayer intentions for May
Deacon Pedro
May 1, 2012 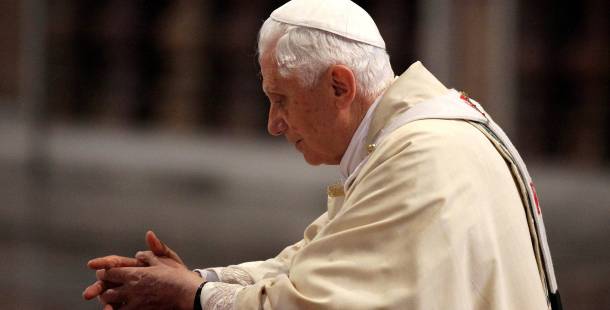 Join us in prayer for the intentions entrusted to us by Pope Benedict XVI. For May 2012, we join the Holy Father in praying for: The Family. That initiatives which defend and uphold the role of the family may be promoted within society. Mary, Guide of Missionaries. That Mary, Queen of the World and Star ...read more

The Lebanese government and the Lebanese Bishop’s conference announced today that Pope Benedict will visit the country September 14 to 16. During the visit the Holy Father will celebrate Mass in Beirut, the nation’s capital, and hand over to the bishops of the Middle East his post-synodal exhortation for the Middle East. In October 2010 ...read more

During his visit to Cuba last week Pope Benedict XVI met with Cuban President Raul Castro. During that visit the Holy Father made one request: that Good Friday be considered a public holiday in that country. A communique from Cuba’s state-run news service Granma published on Saturday, said Raul Castro had informed Pope Benedict his request ...read more

Join us in prayer for the intentions entrusted to us by Pope Benedict XVI. For April 2012, we join the Holy Father in praying for: Vocations. That many young people may hear the call of Christ and follow him in the priesthood and religious life. Christ, Hope for Africans. That the risen Christ may be ...read more

The fruits of a papal visit are often not noticeable until after the banners and altars have come down.  In Cuba it didn’t take long to see the gifts of the papal visit. Catholic News Service reported this week on the impact the Pope’s overnight stay in El Cobre. The preparations alone meant that infrastructure ...read more 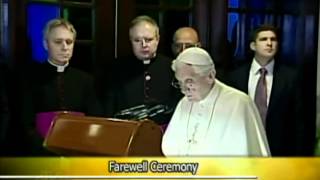 Watch Now
This evening, Pope Benedict XVI said farewell to Cuba at José Martí International Airport, Havana, Cuba as he concluded his 6 day apostolic visit to Mexico and Cuba. Find the full text of the Holy Father’s farewell address below. I thank God for allowing me to visit this beautiful Isle which left so deep a mark ...read more

Memorable quotes from Day 3 of Pope Benedict’s apostolic voyage to Cuba. “The truth is a desire of the human person, the search for which always supposes the exercise of authentic freedom. Many, however, prefer shortcuts, trying to avoid this task. Some, like Pontius Pilate, ironically question the possibility of even knowing what truth is ...read more
We use cookies and similar technologies to run this website and to help us understand how you use it. Read our Privacy Policy here to learn how we use cookies.