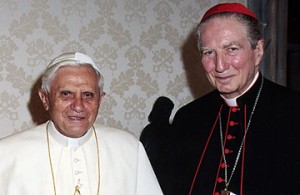 August 31 marks the first anniversary of the death of Cardinal Carlo Maria Martini, SJ. This is Father’s Rosica’s tribute to the Cardinal one year ago. The video above is the trailer for a new documentary about the late Cardinal Martini. The Italian version of the documentary premiered this week at the Venice Film ...read more