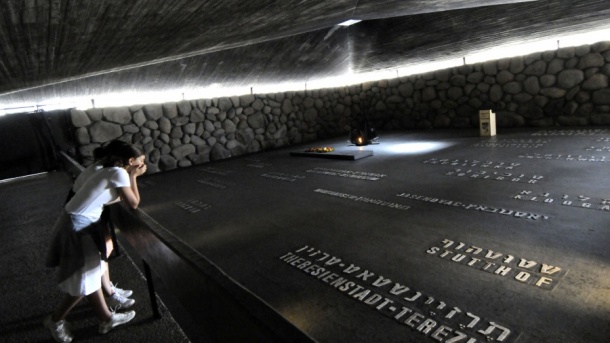 By Rev. Dr. Karen Hamilton
General Secretary, The Canadian Council of Churches
It is day two, or rather day one and a half, of The Path of Abraham study tour.
We started the day bright and early, well, at least early, as we boarded the bus at 7:00 a.m. to see the three very sacred sights of our Jewish, Christian, Muslim faith traditions.
It is important to note that the early start had to do with religious realities. It is Thursday in Jerusalem and with the Muslim holy day of Friday and the Jewish holy day of Friday/Saturday both coming, it was crucial to get up on the Haram a Sherif/Temple Mount and to the Western Wall before the crowds and crowds arrived.
For Jews, it is Temple Mount, the site of the former Temple, for Muslims the platform on which both the Dome of the Rock and the Al Aqsa mosques rest. It is a beautiful place - trees in the midst of an ancient city that seems to be almost completely stone, the sparkling gold dome and blue tiles of the Dome of the Rock, fountains, graceful arches and lots of space to walk.

From there we walked down to the Western wall, a wall of the foundation of the ancient Temple. A place of intense prayer for Jews. One can, we did, write prayers on small pieces of paper and tuck them into the cracks and crevices of the wall. The prayers are fervent and mixed with the joyous rejoicing of the bar mitzvahs of teen-aged boys. Here too there is colour and prayer, here too there are challenges as the prayer space is divided. Men and women must pray in separate sections. The women of the bar mitzvah boys throwing the traditional candies of celebration over the barrier separating them from the men of their families.

Then it is through the traditional market place and part of the Via Dolorosa (the medieval remembering of the journey that Jesus walked carrying his cross to Golgotha) to the Church of the Holy Sepulchre which is known as the Church of the Resurrection to the Orthodox tradition of Christianity, the tradition much more ancient that Catholicism or Protestantism. It too is a wondrous place and a very challenged place. It encompasses both the Hill of Golgotha and the place of Jesus' burial and resurrection. It is also very crowded, not always well maintained and the source of occasional disputes between different traditions of Christianity. 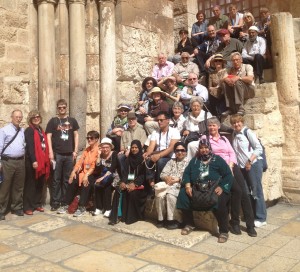 The keys to the Church have been held by a particular Muslim family for generations because, alas, the Christians could not be trusted with them. For 1700 years, Christians have prayed in the Church, remembering Jesus' death, proclaiming his resurrection and awaiting his coming again in glory. And it even includes 1700 year old graffiti!

After some time to breath and eat, in in a restaurant or watching the dynamic pedestrian traffic, every form of garment, every religious tradition represented, at the Jaffa Gate, we went to Yad VaShem the Holocaust memorial. There we grieved, there we were challenged by human inhumanity. We heard the names of some of the one and a half million Jewish children killed recited in a dark gallery lit as if by stars. We walked through the galleries recounting the history of the Holocaust, the methods of dehumanization and ultimate destruction of six million Jews and as Canadian and Australians paused at the exhibits of our nations refusal to respond. We lifted our eyes to the trees planted in the names of the Righteous, those who risked much in order to save Jewish children, women and men.
To round out a full and intense day, we spent our evening with religious leaders of our Jewish, Christian and Muslim faith traditions. They talked together, they work together and they know, daily, the challenges of Israelis and Palestinians, Jews and Arab Christians and Muslims trying to live together in this geographically tiny and historically and religiously enormous land.
---
Top photo: CNS Photo/Debbie Hill
Side photo: Courtesy Rev. Dr. Karen Hamilton 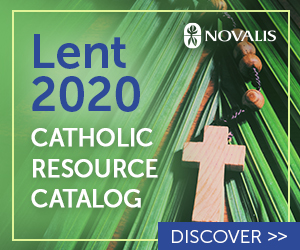 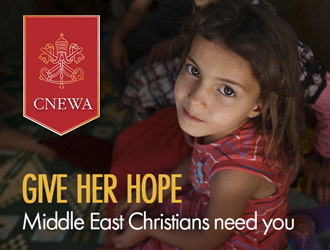 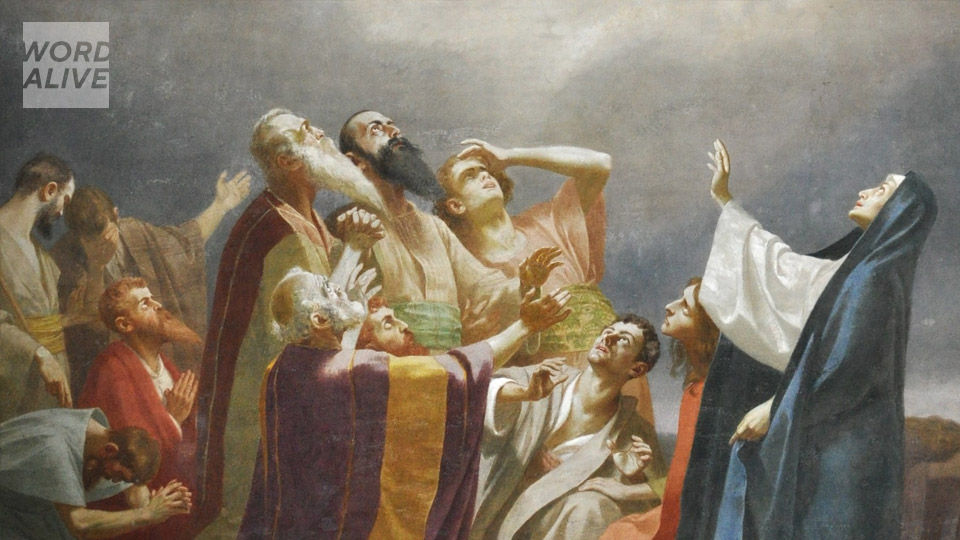 "He will come in the same way you saw him go," the angels said after the Ascension. What did they mean by that and what does it mean for us today? ...read more 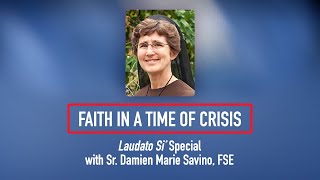 Sr. Damien Marie Savino, FSE, explores faith lessons from the encyclical Laudato Si’ that we are living during the COVID-19 Crisis. ...read more

Deacon-structing the Acts of the Apostles: Companions
Deacon Pedro 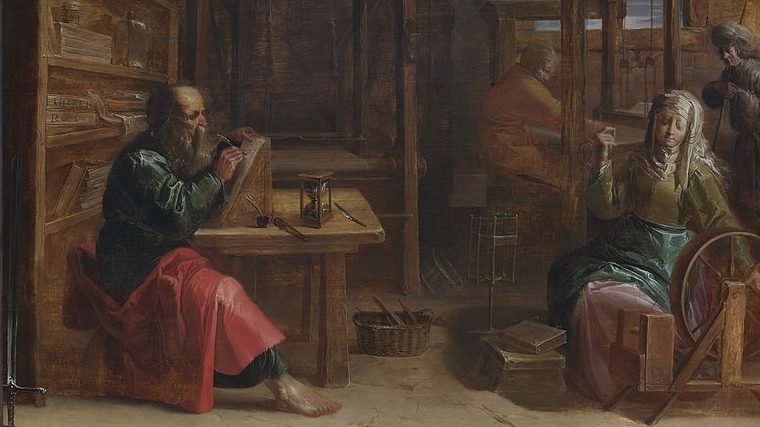 This week, Deacon Pedro looks at how the readings at Mass from Acts show us a Church moving beyond the circle of people who knew Jesus personally. ...read more

Word Alive: The reason for our hope
Brett Salkeld 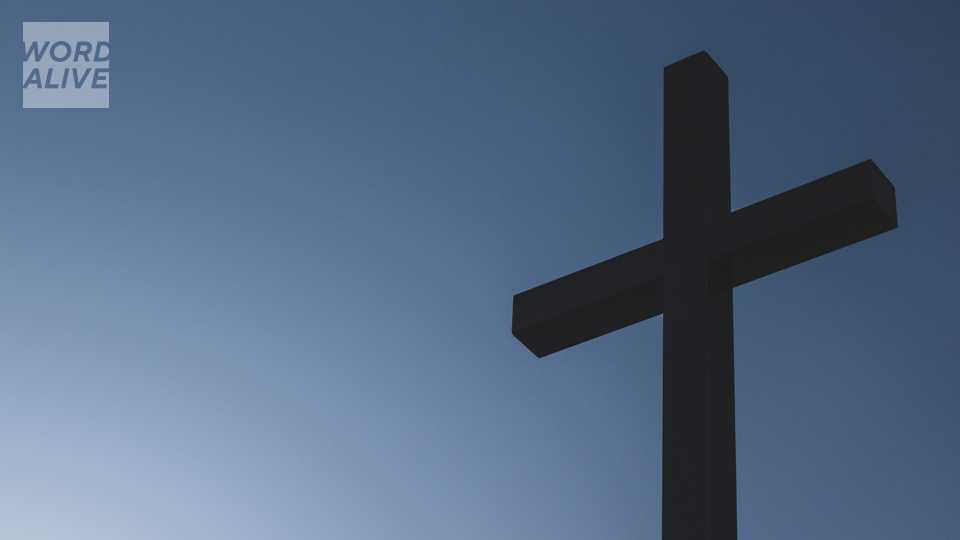 When we use the weapons Christ gives us – weapons that don’t even seem like real weapons – we find God giving us the victory. ...read more

Bishop Robert Reed speaks about the situation in Boston and running a TV station during the crisis, and offers hope for those who are missing the Eucharist. ...read more
read more
We use cookies and similar technologies to run this website and to help us understand how you use it. Read our Privacy Policy here to learn how we use cookies.