Gaetano Gagliano was a Great Connector and Communicator
In an age when the dignity and sacredness of human life is under siege, when marriage and family life are in crisis, the Gagliano family story is about two people's love for 70 solid years resulting in 10 children, 35 grandchildren and 16 great-grandchildren. Gaetano Gagliano’s legendary story is how someone from the small farming town of Cattolica Eraclea in Sicily, with a Grade 5 education, goes on to become the recipient of several honorary doctorates, prestigious awards and the Order of Canada in his 80s! ... read more 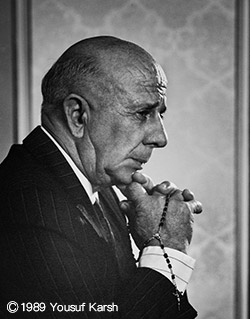 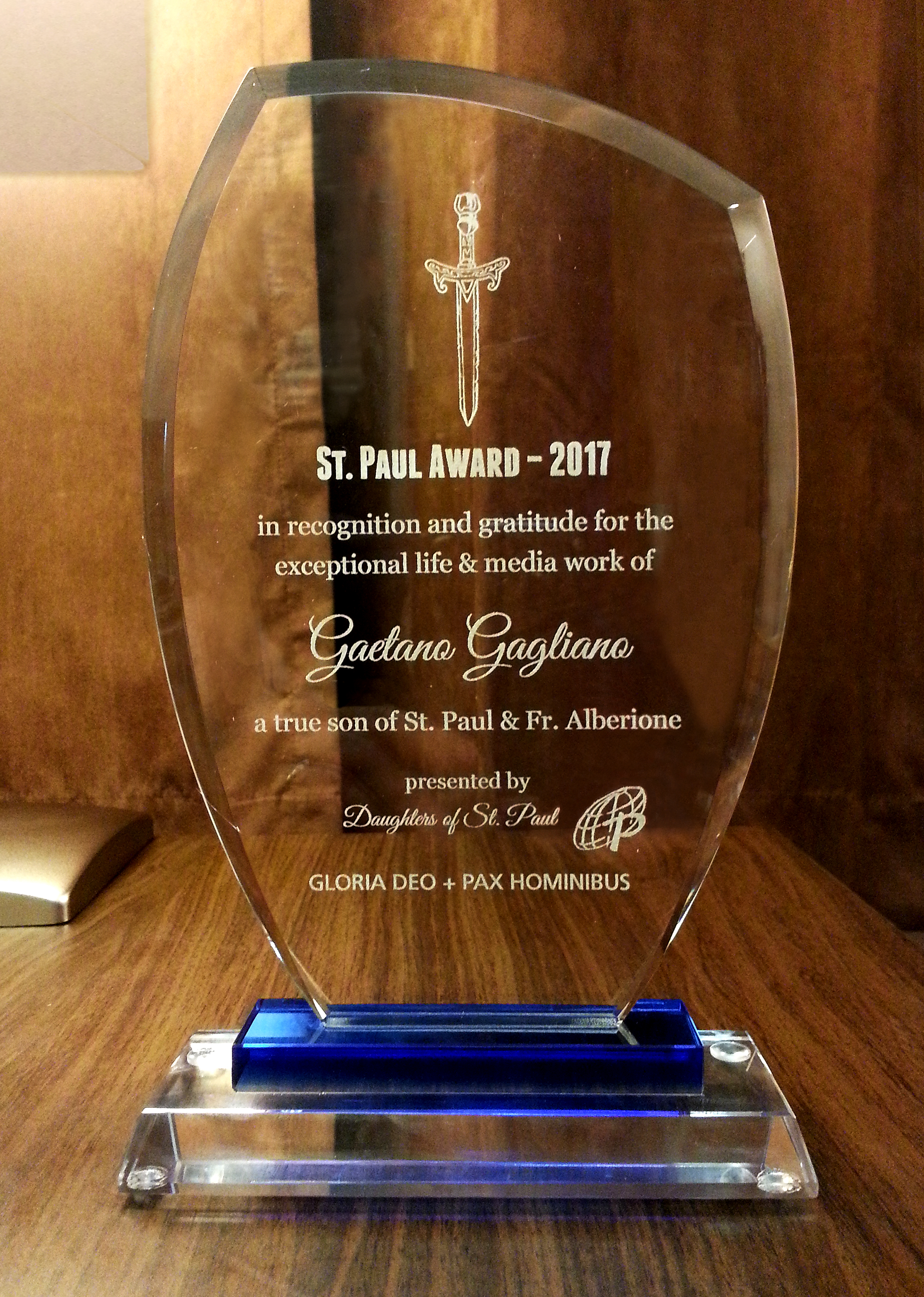 St. Paul Award presented to the Gagliano Family on February 5, 2017 by the Daugthers of St. Paul in gratitude for the life and work of Gaetano Gagliano.
In his 86th year, Gaetano Gagliano experienced a compelling call to use mass media to spread Christ’s message of hope and salvation. With clarity and conviction, the successful entrepreneur and family patriarch recognized the important need to harness the reach and features of modern media to spread the Good News with people from all walks of life and cultural communities. In this spirit, shortly after World Youth Day 2002 in Toronto, Canada, Gaetano founded Salt and Light Catholic Media Foundation and Salt + Light Television, Canada’s first Catholic television network, broadcasting 24/7 across Canada.

Gaetano Gagliano, his wife Giuseppina and their growing family emigrated from Italy shortly after World War II. The day after he arrived in North America, Gaetano was lucky to find work laying down tracks for Canadian Pacific Rail. In the beginning he laid tracks for the railroad. At night he printed invitations on a small press in his basement. The company that emerged, St. Joseph Communications, has grown into Canada’s largest privately owned communications company. In the years that followed, his company and life became a shining example for others – and extremely fruitful – thanks to his focus on serving the Lord and others. He stuck to his principles, no matter how successful he had become.

Gaetano was named a Knight of the Order of Sylvester in 1992, a Member of the Order of Canada in 1998, and was given the title of Commendatore, one of Italy’s highest rankings. However, now at 98 years of age, Gaetano describes the most important work of his life as being the founder of Salt and Light.
“I always start from the Christian spirit. According to our Catholic Faith, everything comes from God and goes back to him. You must do your duty, rather than making money.” - Gaetano Gagliano
"HOW IS THE BABY?" 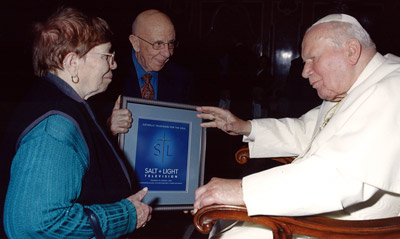 Mr. Gagliano, along with his wife Giuseppina, meet with Pope John-Paul II in 2004. Both men were largely responsible for the creation of Salt + Light and for the success of its media ministry.
Every time Gaetano Gagliano visits Salt + Light, he asks, "How is the baby?" meaning, "How is Salt and Light Television?" In less than 13 years, Salt + Light is now available to more than 2.5 million viewers across the country, has produced some 40 documentaries or TV series, has launched a satellite radio program, magazine and numerous web-based initiatives including a blog and live stream that are viewed daily by people throughout the world.

When Gaetano meets with his ten children and more than forty grandchildren and great-grandchildren he always stresses the powerful impact Salt and Light is having on the lives of ordinary men and women and how, “one day soon, hundreds of millions of people around the globe will come to discover the important work Salt and Light is doing in promoting interfaith dialogue and trying to make this world a more peaceful and positive place for all of us."

The success that Gaetano has had in creating Salt and Light offers us hope that God’s Word may continue to reach and inspire people from all corners of the earth. Gaetano Gagliano founded Salt and Light at age 86, proving that anything, no matter how ambitious, can be succeeded at any stage of your life. Though he had no experience in the television industry, his love for God drove the media-ministry foundation into its creation and subsequent growth.

In an age when marriage and family life are in crisis, the Gagliano story is about two people's love for 61 solid years resulting in 10 children, 35 grandchildren and 16 great-grandchildren.
"Make no small plans. They have no magic to stir men's blood" - American architect Daniel Burnham to Chicago city planners, early 1900s

Building on Solid Ground is a tribute to Gaetano Gagliano that was produced in 2006 on the occasion of St. Joseph Communications 50th anniversary.
More about Mr. Gagliano
We use cookies and similar technologies to run this website and to help us understand how you use it. Read our Privacy Policy here to learn how we use cookies.