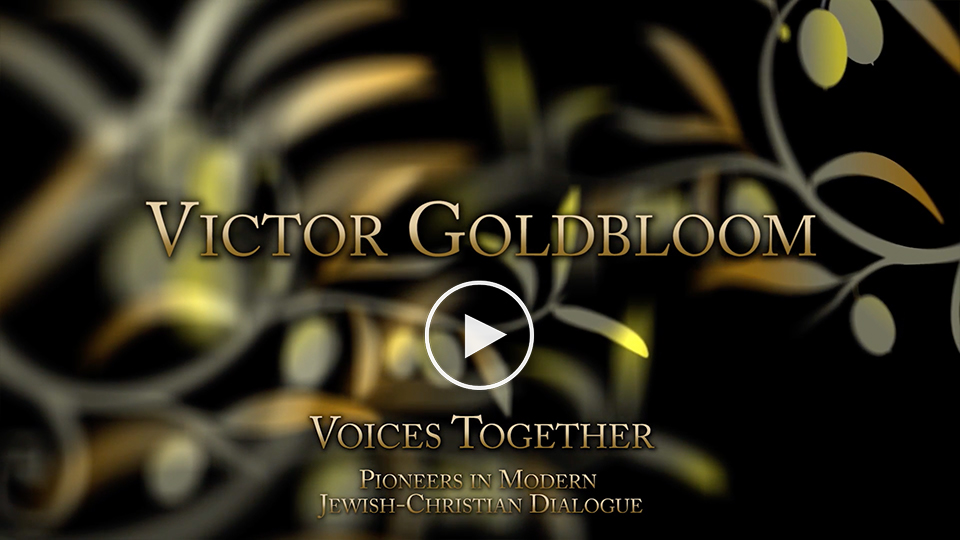 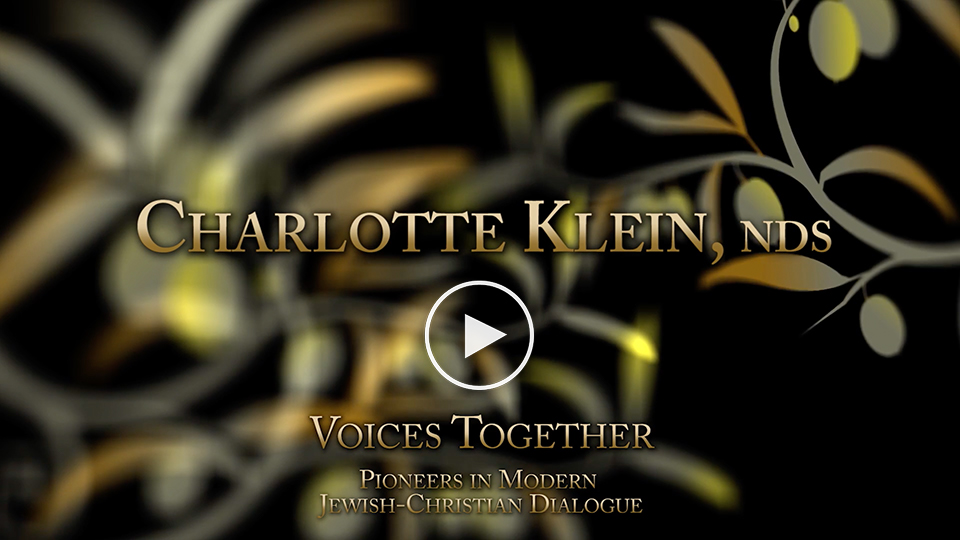 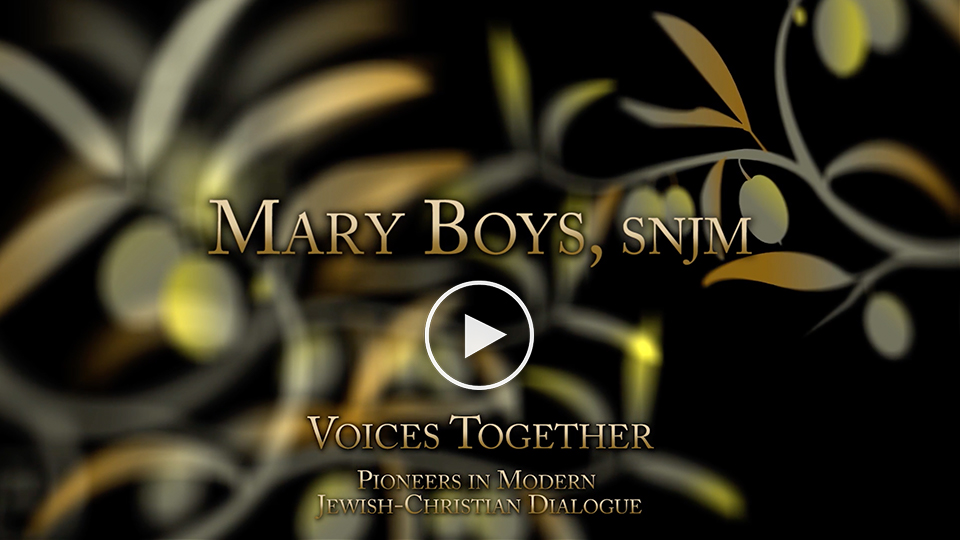 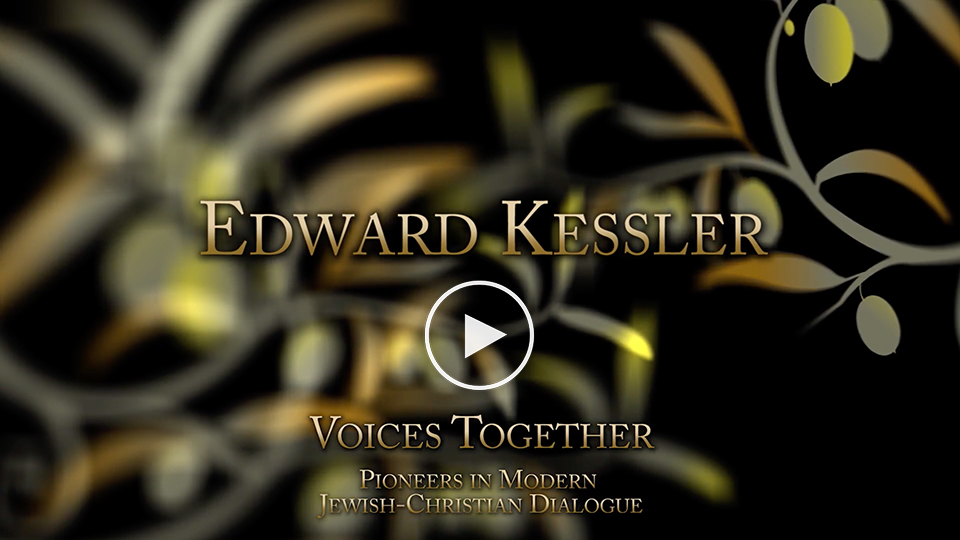 “No responsible person could dispute that more progress has been made in [Christian]-Jewish relations in the last fifty years than was made in the previous two millennia.”

— Rabbi Eric H. Yoffie, President of the Union for Reform Judaism, speaking in the year 2000


There are many high-profile figures in Jewish-Christian relations. In Voices Together, the Interfaith Ministry of Scarboro Missions in cooperation with Salt + Light Media highlights four of these individuals: What are some of the “catalyst” factors that led them to become involved? What are some of their concrete contributions and what messages from their life and work are of ongoing relevance for this dialogue today and in the future?

It is our aim with these four short videos, that these individuals become better known by a younger generation, who are perhaps less familiar with the development of this dialogue in the last 50 or 60 years:

Through these videos, we invite you to explore the lives and stories of four individuals whose efforts have helped to bring about a historic transformation, which is continuing in our own lifetime.

There is still much to be done in this field. Jewish-Christian dialogue has not lost any relevance or importance. Jewish-Christian relations remain a key aspect of our theological life, and essential to our self-understanding as Christians in many areas of theology.

We are excited to realize that the Christian relationship to Judaism is a broad and stimulating field, with many “angles” to be explored and pursued. We hope that our audiences will be empowered to appreciate how important the influence of a single person can be, and also be encouraged to learn more, and become involved in local dialogue efforts where they live.

The history of relations between Christians and Jews has often been bitter, harsh and violent—a relationship of distance rather than of nearness. Beginning in the wake of the Second World War and the Shoah (Holocaust), Christians around the world have been engaged in a dramatic re-thinking of their relationship to Judaism and the Jewish people. This dramatic transformation is virtually unparalleled in religious history. As Pope Francis said in 2015, “Our fragmented humanity, mistrust and pride have been overcome … in such a way that trust and fraternity between us have continued to grow. We are strangers no more, but friends, and brothers and sisters.”

The result has been a wonderful flourishing of dialogue and interfaith activity between these two ancient faith traditions, on the local, national and international levels.

This transformation was inspired in large part by the Second Vatican Council’s 1965 document Nostra Aetate (On the Church’s Relationship to Non-Christian Religions), and the many powerful statements, helpful guidelines and historic events that have flowed from it over the past half-century.

Voices Together highlights four individuals. On the Web site of the Sisters of Our Lady of Sion, you can learn about other pioneers and contemporary voices in modern Catholic-Jewish relations. (see the Resources Tab and click on Jeish-Christian Dialogue)

Scarboro Missions is pleased that it has been able to develop and share these resources in Jewish-Christian relations, for the use of students, educators and faith discussion groups in both the Jewish and Christian communities. We hope that they will help to make this progress better known, and to promote relationships of friendship, respect and mutuality which can build upon and deepen this dialogue. 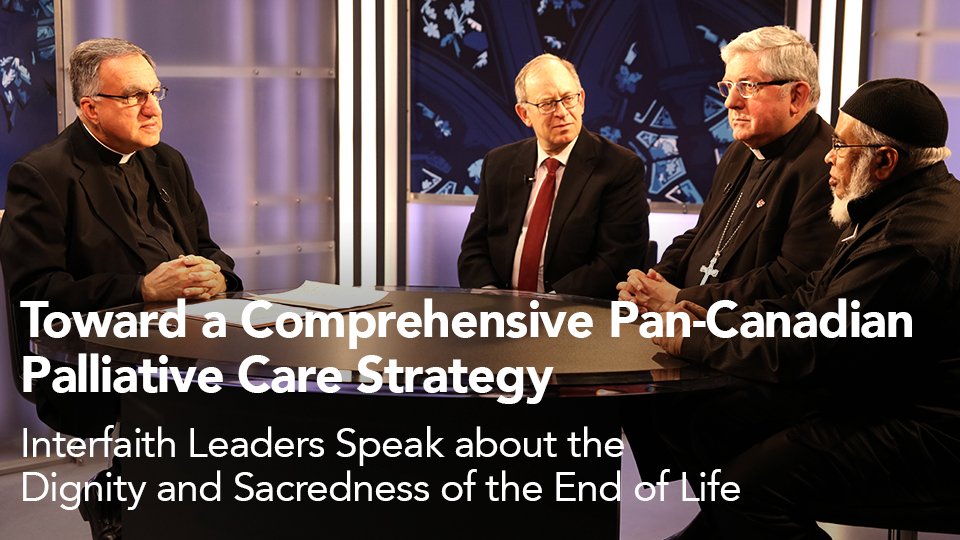 Religious leaders from the Jewish, Christian and Muslim faiths come together to boldly discuss the challenges that each religious community faces in responding to new Canadian legislation on end of life issues. Deacon Pedro explores the roots of Easter by speaking with Rabbi Aaron Flanzraich about the origins of that night, the night of Passover. A group of Israeli youth with Muslims, Jews and Christians spend two weeks with a multi-faith group of young Canadians. By sharing their beliefs, stories and struggles through play and prayer, they come to a deeper appreciation of the beauty and meaning of each others’ faiths and cultures. In a world plagued by religious conflict, this inspiring short documentary shows us how simple it is for people who are different to live in peace.

Dr. Victor Goldbloom on the importance of Jewish-Christian relations

The American Jewish Committee (AJC) and Its Role in Nostra Aetate

MAJOR DOCUMENTS IN THE JEWISH-CHRISTIAN DIALOGUE

The “Ten Points of Seelisberg” (1947)
Full text of Nostra Aetate (in English)
1973 French Catholic Bishops: “The Attitude of Christians Toward Judaism”

1997 United Church of Canada “Bearing Faithful Witness: United Church—Jewish Relations Today” (PDF)
2000 Vatican liturgy of forgiveness, presided over by Pope John Paul II (Petition #4 is a “Confession of Sins Against the People of Israel”)
2002 Pontifical Biblical Commission “The Jewish People and Their Sacred Scriptures in the Christian Bible”

Christian Scholars Group on Christian-Jewish Relations “A Sacred Obligation: Rethinking Christian Faith in Relation to Judaism and the Jewish People”
2011 The World Council of Churches, the World Evangelical Alliances and the Pontifical Council for Interreligious Dialogue jointly publish “Christian Witness in a Multi-Religious World: Recommendations for Conduct”
International Council of Christians and Jews (ICCJ): “A Time for Recommitment: The Twelve Points of Berlin”


2015 Vatican “The Gifts and Calling of God Are Irrevocable”

“To Do the Will of Our Father in Heaven: An Orthodox Rabbinic Statement on Christianity”
2016 “Between Jerusalem and Rome: The Shared Universal and the Respected Particular – Reflections on 50 Years of Nostra Aetate” (Conference of European Rabbis and Rabbinical Council of America) 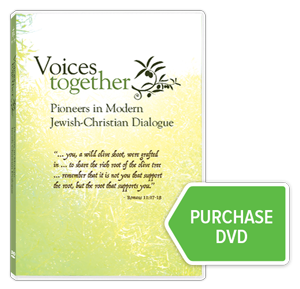 Rooted in the imagery of Paul’s New Testament letter to the Romans (chapters 9 to 11), the olive branch has become a potent symbol in the modern Jewish-Christian relationship. Since ancient times, the olive has been an important staple food, common to many cultures in the areas where Judaism and Christianity both arose and flourished. The Second Vatican Council’s declaration Nostra Aetate drew upon this biblical imagery, to remind Christians of their fundamental rootedness in Judaism, and to express the organic relationship of Judaism and Christianity, which continues to evolve in our time, in positive and lifegiving ways. 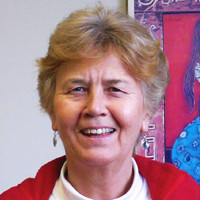 In early October, Pope Francis sent out a message to his nearly 30 million Twitter followers: “Ecumenical and interreligious dialogue is not a luxury, but something which our world, wounded by conflict and division, increasingly needs”. It was an important reminder to people everywhere that dialogue is not something reserved for a select few academic theologians and high-level religious leaders, but a necessary component of what it means to be authentically religious, especially in a world where religious differences sometimes seem to be a primary source of tension and conflict. The message of religious divisions and violence gets perpetuated on a daily basis by much of the media. But, as Pope Francis knows well, there is another side to religious interactions—a path of respectful dialogue, learning, cooperation and friendship—and that is the model that he and many of the world’s religious leaders want us to hear, and to be inspired by.

Christians have been interacting with other religions since the beginning. But formal interreligious dialogue is a relatively modern idea, and in many ways what laid the foundations for it was the bitter experience of the Holocaust in Europe—the destruction of 6 million Jews and 5 million others—and a Christian recognition of how longstanding Christian concepts had been exploited to promote hatred against Jews. The “examination of conscience” that followed has led to a radical re-orientation of Christian thinking about Judaism, and a new respect for Judaism, both the ancient Judaism of the Bible, and Judaism as it continues to be practiced today. Pope Francis is a leader in that process, but he is also building upon a substantial foundation of official Church teaching that includes Pope St. John XXIII, Pope St. John Paul II, and Pope-emeritus Benedict XVI. Today, interreligious dialogue (and especially Jewish-Christian dialogue) is a key component of Catholic teaching: “something which our world … increasingly needs”.

As part of the fiftieth anniversary celebrations of Vatican II’s declaration on non-Christian religions (Nostra Aetate, 1965), which revolutionized the relations of the Catholic Church with other religions and especially Judaism, the Interfaith Department of Scarboro Missions decided to develop a series of short biographies of a number of individuals who have made major contributions to modern Jewish-Christian dialogue. Now, with the assistance of Salt + Light Television, four of those biographies are being made into short documentary videos, to help educate both Christians and Jews about how far this dialogue has come, and the wonderful fruit it has borne. The subjects of the documentaries include: By bringing together these fascinating stories and the best of modern communications technology, we hope to honour the contributions of these individuals, to emphasize the contemporary transformation in Jewish-Christian relations, and inspire more people to delve into this amazing field of interreligious dialogue—a sign of promise and hope for our broken world, and a reminder of God’s love for all God’s children.
We use cookies and similar technologies to run this website and to help us understand how you use it. Read our Privacy Policy here to learn how we use cookies.