Producer, Salt and Light Catholic Media Foundation
sgomes@saltandlighttv.org
888.302.7181
Promotional Description of The Series
As digital content continues to sweep across the communications world, books are becoming more peripheral in people's lives. And yet, they are as relevant as ever. Host Sebastian Gomes sits down with authors and editors to discuss books of interest, from pressing political and cultural issues to questions and debates about the supernatural.

Two criteria are used in the selection of books: Is the book relevant? And, is the book readable? With the production of Subject Matters, S+L hopes to reignite interest in the ancient art of the written word and spark the imaginations of a new generation of book lovers.

Beautifully filmed on location at Ben McNally Books in downtown Toronto, Subject Matters links the old with the new to create a viewing experience that is visually stunning and rich in content. Each 30-minute episode features an interview with the author, discussion on the contemporary relevance of the topic and a peer review segment for a broad and substantial analysis of current and relevant ideas in a powerfully creative viewing experience.

Watch the full series in HD, including many extras, on the official website: http://saltandlighttv.org/subjectmatters
Episode and Author Listing

Season 1 Episode listing
About the Producer, Sebastian Gomes
Sebastian grew up in Perth, Ontario and moved to Collegeville, Minnesota after high school where he earned a BA and MA in Theology and History from Saint John’s University and School of Theology. He taught at the university and prep school for one year before moving back to Ontario in 2011.

Since joining Salt + Light as a producer, director and correspondent, Sebastian has covered a number of major events in the Catholic Church, including the 2012 Synod of Bishops on the New Evangelization, the 2013 papal transition, and the 2014 and 2015 Synods of Bishops on the Family. He has also written, produced and directed such distinguished Salt and Light productions as The Church Alive, a 13-part series on Vatican II and the New Evangelization that won the 2014 Gabriel Award for best religious television series, and The Francis Effect, a widely-acclaimed documentary on how Pope Francis is rapidly changing the Catholic Church. He is currently the writer and host of Subject Matters, S+L's book review show, and Connect5, a 5-minute interview program with interesting and influential figures in the Catholic Church and beyond.

His love of history is evident in his approach to contemporary questions about the Catholic Church and its relationship to the wider society. In particular, Sebastian enjoys studying the Second Vatican Council and the writings of the recent Popes from Saint John XXIII to Pope Francis.
Photos 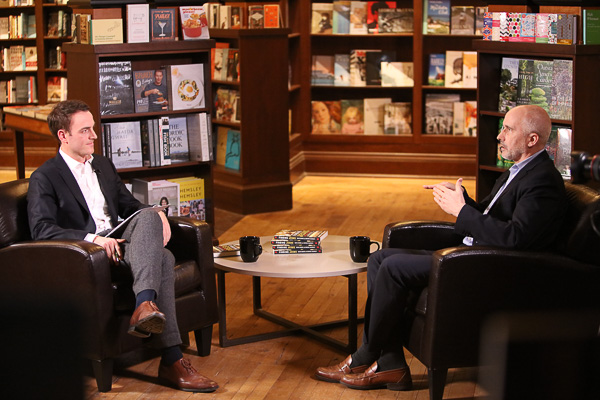 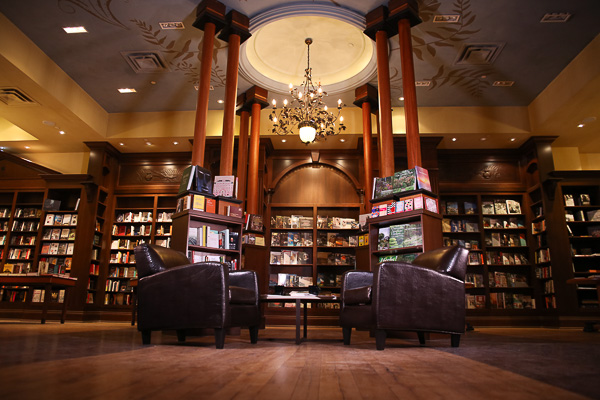 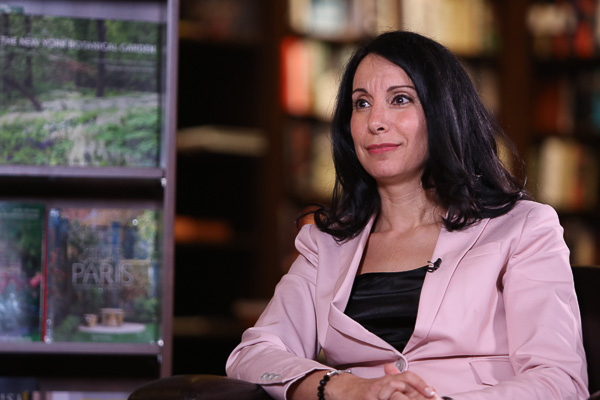 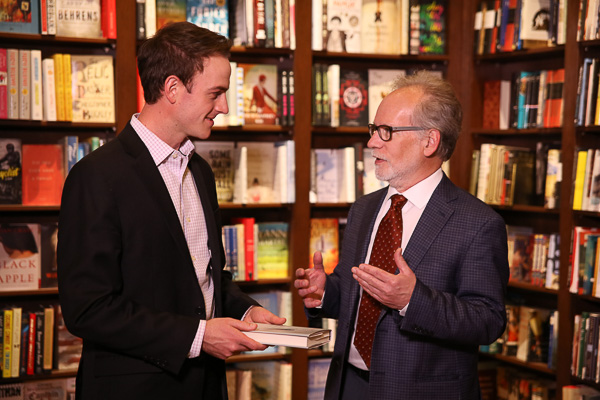 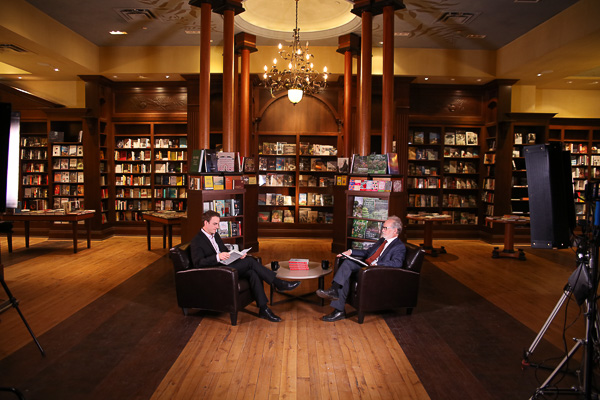 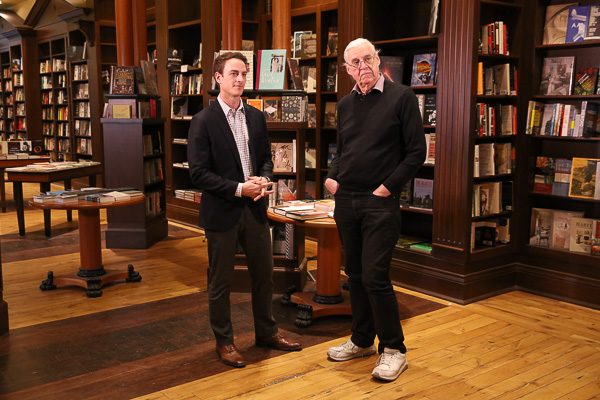 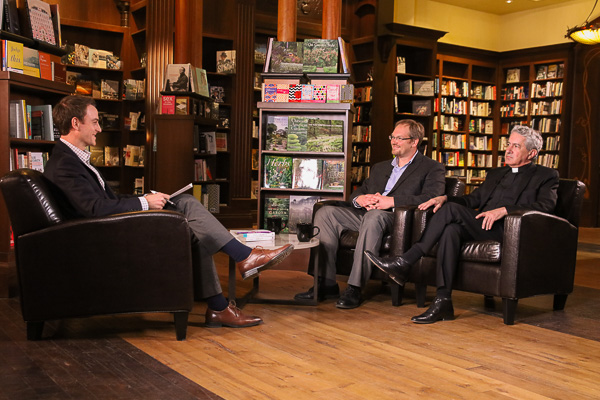 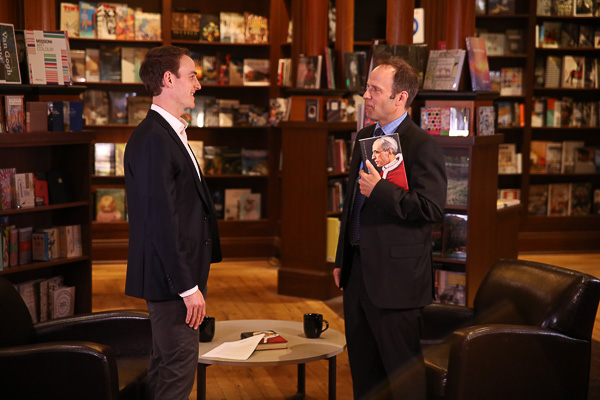 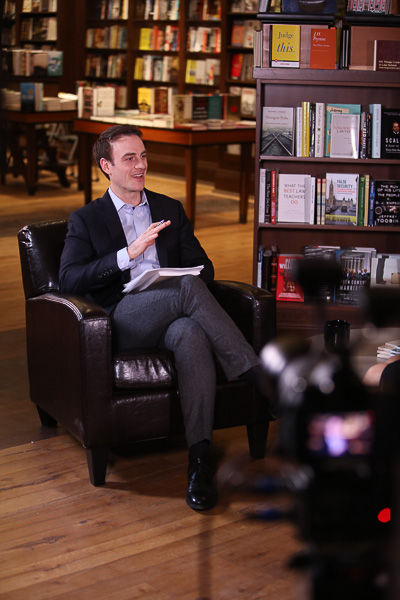 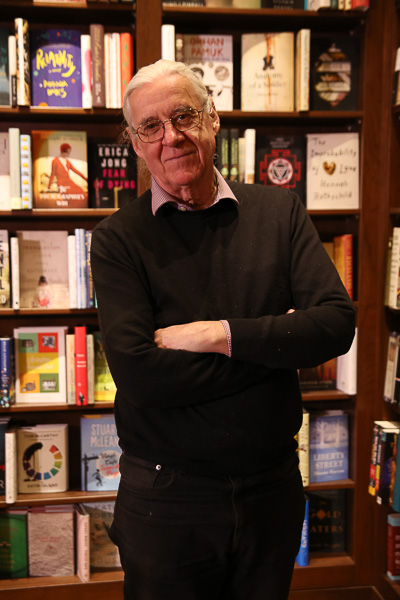 Just when you thought that books were out of fashion, Salt + Light Television brings you 'Subject Matters!' The books are back! http://saltandlighttv.org/subjectmatters

Readable? Relevant? Right now? Subject Matters is not your typical book show. Only on Salt + Light. http://saltandlighttv.org/subjectmatters
YouTube Links to Promos
About Ben McNally Books
Subject Matters is filmed on location at Ben McNally Books in downtown Toronto in the heart of the Financial District. Opened in 2008 this beautiful and locally owned store is the perfect place to shop for books and to spend a quiet moment. “A lot of bookstores look the same,” says owner Ben McNally, “and I didn’t want to do that.” When it comes to shopping for books today, “You can find what you’re looking for on the internet, but you can't find what you’re not looking for. I wanted a bookstore that had odd and interesting books, biographies, history and fiction where people say, “wow, I had no idea there was a book like that!””

Website: http://www.benmcnallybooks.com/
About Salt and Light Catholic Media Foundation
Born on the wings of the 2002 World Youth Day in Canada, Salt + Light is a unique instrument of the New Evangelization. It is dedicated to being – and helping others become – the salt of the earth and the light of the world. Our mission is to proclaim Jesus Christ and the joy of the Gospel to the world by telling stories of hope that bring people closer to Christ and the Catholic faith.

We share the joys and hopes of the Gospel through television, radio, print, and online media. Our work unites people together through prayer, celebration, reflection, education, authentic dialogue and enquiry, thought-provoking reporting and stories of faith and action. We also challenge believers to grow in the knowledge of the faith and the Catholic tradition in its many expressions. We strive to offer an invitation to all peoples, especially those on the peripheries of faith and the Church, to draw closer to the Lord and experience the community of the Church.
We use cookies and similar technologies to run this website and to help us understand how you use it. Read our Privacy Policy here to learn how we use cookies.