SEARCH
The Guardian of Mercy:
How an Extraordinary Painting
by Caravaggio Changed an Ordinary Life Today
by Terence Ward
Series Page 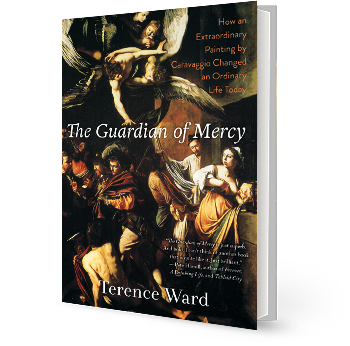 Now celebrated as one of the great painters of the Renaissance, Michelangelo Merisi da Caravaggio fled Rome in 1606 to escape retribution for killing a man in a brawl. Three years later he was in Naples, where he painted The Seven Acts of Mercy. A year later he died at the age of thirty-eight under mysterious circumstances. Exploring Caravaggio's singular masterwork, in The Guardian of Mercy Terence Ward offers an incredible narrative journey into the heart of his artistry and his metamorphosis from fugitive to visionary. Ward's guide in this journey is a contemporary artist whose own life was transformed by the painting, a simple man named Angelo who shows him where it still hangs in a small church in Naples and whose story helps him see its many layers. Fusing elements of history, biography, memoir, travelogue, and journalism, his narrative maps the movement from estrangement to grace, as we witness Caravaggio’s bruised life gradually redeemed by art.

My Take
A remarkable dual narrative that jumps back and forth between the stories of early seventeenth-century painter Caravaggio, and the security guard who watches over his masterpiece “The Seven Acts of Mercy” today, Angelo Esposito. This is a story of mercy and reconciliation that brings the power of God’s love down to earth in the historic city of Naples, Italy.
About the Author
Terence Ward is a writer, producer, and cross-cultural consultant on the Middle East. For 25 years, he has advised companies, foundations and governments. Born in Boulder, Colorado, he grew up in Saudi Arabia and Iran. He received his BA in political science at the University of California at Berkeley. Continuing his studies in Egypt at the American University of Cairo, he specialized in Near Eastern history and contemporary Islamic political movements. Later, he received his MBA from the International Management Institute in Geneva. His first book, Searching for Hassan: A Journey to the Heart of Iran, is a literary chronicle of his odyssey back to Iran after 30 years (Houghton Mifflin, Anchor Books). His new book, The Guardian of Mercy: How an Extraordinary Painting by Caravaggio Changed an Ordinary Life Today, was released in February 2016 (Arcade Publishing, New York). Terence serves as an international trustee of Religions for Peace—the world’s largest inter-faith organization—based in New York. With his wife, Idanna Pucci, he lives in Florence and New York. 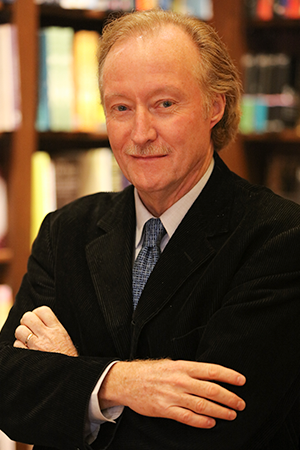 "“Ecstatic and soul-searching. Written with grace, with almost every sentence imparting an epiphany. An electrifying reading experience and a wondrous book on Caravaggio."


Pelligrino d’Acierno — Director of Italian Studies and Professor of Comparative Literature, Hofstra University
< Back
We use cookies and similar technologies to run this website and to help us understand how you use it. Read our Privacy Policy here to learn how we use cookies.