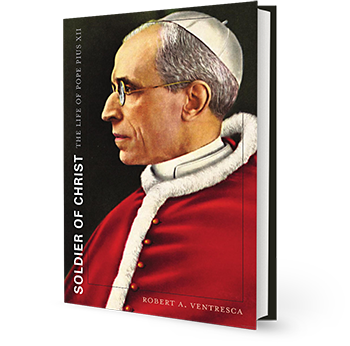 Debates over the legacy of Pope Pius XII and his canonization are so heated they are known as the “Pius wars.” Soldier of Christ moves beyond competing caricatures and considers Pius XII as Eugenio Pacelli, a flawed and gifted man. Laying the groundwork for the pope’s controversial, contradictory actions from 1939 to 1958, Robert Ventresca begins with the story of Pacelli’s Roman upbringing, his intellectual formation in Rome’s seminaries, and his interwar experience as papal diplomat and Vatican secretary of state. Accused of moral equivocation during the Holocaust, Pius XII later fought the spread of Communism in Western Europe, spoke against the persecution of Catholics in Eastern Europe and Asia, and tackled a range of social and political issues. By appointing the first indigenous cardinals from China and India and expanding missions in Africa while expressing solidarity with independence movements, he internationalized the church’s membership and moved Catholicism beyond the colonial mentality of previous eras. Drawing from a diversity of international sources, including unexplored documentation from the Vatican, Ventresca reveals a paradoxical figure: a prophetic reformer of limited vision whose leadership both stimulated the emergence of a global Catholicism and sowed doubt and dissension among some of the church’s most faithful servants.

My Take
The lingering question around the controversial Pope Pius XII is whether or not he spoke out forcefully enough against Nazism during the Second World War. Unfortunately, most people interpret the historical record to reflect their own personal beliefs one way or the other. In reality, as Robert Ventresca convincingly argues, Pius was a bit of an enigmatic figure: a spiritual and moral leader who was clearly opposed to Nazism and fascism, and at the same time a steadfast diplomat who refused to publically condemn Hitler in an attempt to avoid even greater evil. The real Pius XII, abstruse as the portrait may be, shines through in this scholarly biography.
“This beautifully written biography will become the standard account of Pope Pius XII’s life. In Ventresca’s hands, this enigmatic Pope is neither lionized nor demonized. Instead, we see Pius XII as a soldier mired in the trenches, neither advancing nor wholly retreating into silence.”


Charles Gallagher, SJ — Author of Vatican Secret Diplomacy: Joseph P. Hurley and Pope Pius XII
About the Author
Robert A. Ventresca is associate professor of history at King’s University College at Western University in London, Ontario. He received his doctorate in History from the University of Toronto. Professor Ventresca's research and teaching explores the role of religion in European fascism as well as religious involvement in the Holocaust, with a special focus on the Catholic Church. Broadly speaking, his work seeks to untangle the various strands that link Catholic belief and practice to the social, cultural and political forces that shaped the course of church-state relations and Jewish-Catholic relations in modern times. Professor Ventresca was a founding member and inaugural co-chair of the former Center for Catholic-Jewish Learning at King’s University College at Western University. 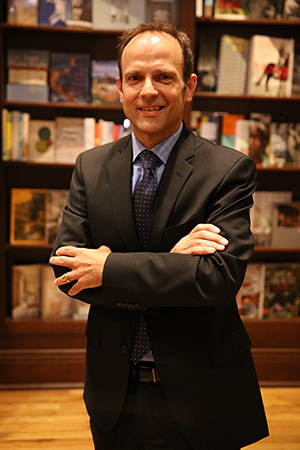