SEARCH
Power from the Margins:
The Emergence of the Latino
in the Church and in Society
Bishop Ricardo Ramírez, CSB
Series Page 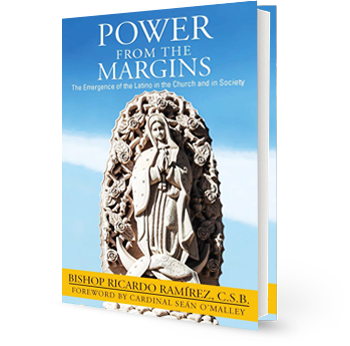 From his roots in Bay City, Texas, to his service as a priest and later bishop of Las Cruces, New Mexico, Ricardo Ramirez’s life has unfolded against the struggles, the hopes, and the vibrant faith of the Latino Church in the United States. In Power from the Margins he traces the historic struggle of the Latino Church to find its voice and outlines a road map for the future. His reflections range from the role of the family and the promise of youth, to education, civil rights, and the challenge of immigration. Probing the profound faith that lives in the Latino Catholic heart, he explores the role of popular piety, devotion to Mary, and “liturgy as fiesta.” Concluding with reflections on the impact of Pope Francis, he echoes the Pope, calling on the whole church to come out of our comfort zones, to follow Jesus, and discover the power that lies at the margins.

My Take
As debates rage about immigration and multiculturalism in the United States, a seasoned pastor reflects on the emergence and maturation of the American Latino community. Retired Bishop Ricardo Ramirez of Las Cruces, New Mexico presents the rich heritage and religious practices of the largest and fastest growing minority in the country, who make up close to half of America's Catholics, and are poised to define the church's future identity.
About the Author
Ricardo Ramírez, CSB, is Bishop Emeritus of the Diocese of Las Cruces, New Mexico. He is the second of two sons, and was ordained to the priesthood on December 10, 1966 in Houston, Texas. He is a member of the Congregation of St. Basil, and was named Titular Bishop of Vatarba and Auxiliary Bishop of San Antonio on October 27, 1981, by Pope John Paul II and was ordained to the Episcopacy on December 6, 1981, in San Antonio, Texas, by Archbishop Patricio F. Flores. On October 18, 1982, he became the first Bishop of the Diocese of Las Cruces, New Mexico. Within the U.S. Conference of Catholic Bishops he sits on the International Policy Committee, the Committee on the Liturgy, the Committee on the Catholic Common Ground Initiative, and the Committee on Hispanic Affairs. He formerly chaired the Committee on the Church in Latin America and the Catholic Campaign for Human Development. 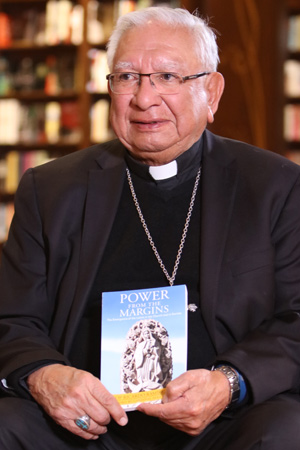 “As few others can do, Bishop Ricardo Ramírez captures the drama and significance of the emergence of Latinos in U.S. Catholicism and society over the past fifty years. This vivid memoir and theological/pastoral reflection covers a broad range of issues dear to the heart of ministers, educators, community leaders, and the wider community. This timely testament provides wisdom for all those seeking to grasp where Latinos are today and where they are going.”