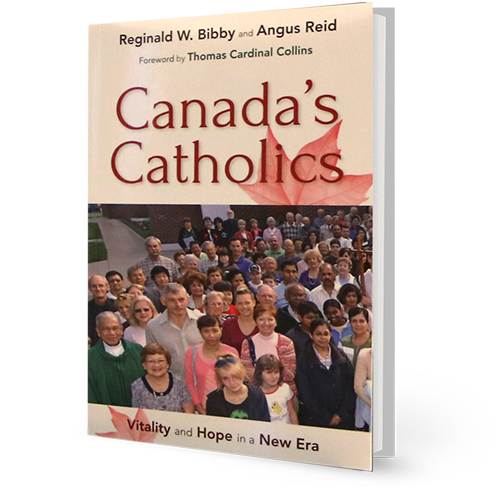 The Catholic Church in Canada experienced seismic shifts in the 20th century. Once a stronghold of national and provincial culture and life, the Church underwent a dramatic transformation, with decreased participation and a loss of social prominence. However, according to Reginald Bibby and Angus Reid, there’s evidence that we ought not despair. Rather, the Church is in a period of transformation, and there is hope. Drawing from a new cross-Canada survey of 3,000 Catholics, Bibby and Reid offer an insightful look into what lay Catholics believe and what draws women and men to the life of the Church.

My Take
Remember when secularists in Canada were predicting the end of religious sentiment and influence? Well, the hard numbers say otherwise. Sociologists Reginald Bibby and Angus Reid paint a remarkably hopeful picture of the Catholic Church in Canada, highlighting immigration and Catholicism's distinct "holding power" that point to a future of vitality.
About the author
Reginald Bibby is one of the country's better known academics. Over the past four decades, he has been monitoring social trends in Canada through a series of well-known national surveys of adults and youth, in the process gathering pioneering and historic data on religion and young people. He holds the Board of Governors Research Chair in the Department of Sociology at the University of Lethbridge. Born and raised in Edmonton, he received a Ph.D. from Washington State University, an M.A. from the University of Calgary, a B.D. from Southern Seminary in Louisville, and a B.A. from the University of Alberta. In 2006, in recognition of his outstanding contribution to the nation, the Governor General appointed him an Officer of the Order of Canada. He also is a 2012 recipient of the Diamond Jubilee Medal. 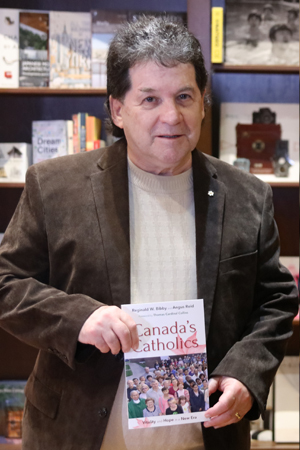 “I have read with great interest Canada’s Catholics, in which Reginald Bibby and Angus Reid combine their formidable expertise to provide a most useful analysis of the current state of Catholic Christianity in Canada. There is a lot to reflect on in this book, and much immensely valuable information and insight to illuminate both the challenges we face in the mission of evangelization and the opportunities that are offered to us.”