Our feet are standing within your gates, O Jerusalem. ~ Psalm 122:2

Salt + Light’s Kris Dmytrenko retraces the Pope’s pilgrim path through Israel and the Palestinian Territories. Dmytrenko leads viewers from Nazareth, home of the Holy Family; to the shores of Galilee, where Jesus preached and healed; and finally through the gates of Jerusalem — where love triumphed over death.

“This inspiring film presents in a poignant and touching manner, the care and solicitude of the Holy Father for the peoples and nations of that region of the world out of which Jesus of Nazareth was born, where he ministered, and where he carried out the mission entrusted to him.” Archbishop Pedro Lopez Quintana, Apostolic Nuncio to Canada 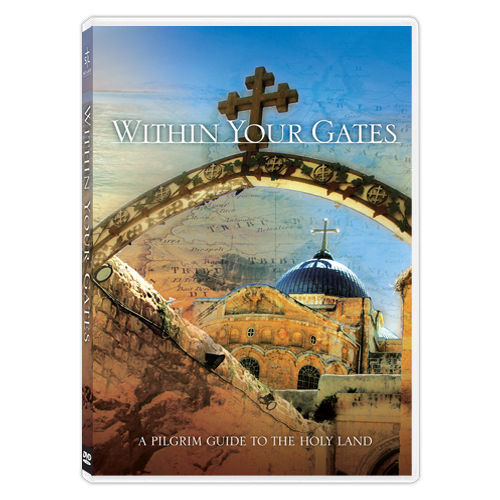 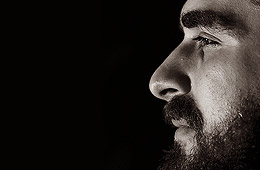 Joe Zambon
The tone of S+L’s latest documentary is set by a lone organ. Playing the instrument is Joe Zambon, a folk singer-songwriter originally from the rural town of Iroquois, Ontario, but now residing in Toronto. A guitar joins the organ moments later, and then the hushed lyrics, “In the darkest night of my soul, God Himself is there.”

“We always think that God is a step ahead of us,” says Zambon, describing the idea behind the song “God is Love”. He finds that Christians often perceive God to be somewhere else, to be found at a distant there.

“The question I was asking is, aren’t those there moments really here moments?”

The film transports viewers to the land where Jesus roamed, yet this is no archaeological tour. Rather, the Holy Land is seen through the eyes of a pilgrim seeking the Living God, whose presence is palpable at these ancient sites. It’s an approach that resonates with Zambon.

“As Christians, we’re pilgrims journeying towards something,” he explains. “But we’re also journeying with somebody.”

Zambon serves as a pastoral assistant at the Catholic chaplaincy of York University. His song “God is Love”, is included on his latest album There and Here. The album is available on iTunes. 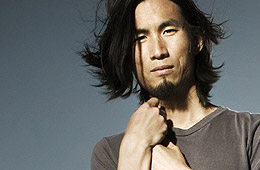 Future of Forestry
If you travel here, you will feel it all, the brightest and the darkest.

The lyrics of "Traveler’s Song" by Future of Forestry were not written with the Holy Land in mind, but few places in the world are saturated with such extremes of joy and pain.

The song is the first track from Future of Forestry’s three-part series of EPs, appropriately titled Travel. The soaring tune is featured in a pivotal scene of Within Your Gates.

“I was experiencing some very dark, very difficult things,” says the band’s singer Eric Owyoung, describing the period of his life when he wrote the song. “And yet at the same time, I was also experiencing simultaneously some of the greatest blessings and hopes and dreams of my life.”

Like Within Your Gates, the Travel EPs contemplate the theme of pilgrimage, both as a physical ritual and an interior movement of conversion. “For me, my pilgrimage has been the struggle to accept and to believe in God’s love,” explains the San Diego-based artist.

Future of Forestry was the artist of the week on the November 27th edition of S+L Radio. The interview is streaming above. The S+L Radio podcast, available for download here, includes “Traveler’s Song” and two tracks from their latest release Advent Christmas EP, Vol. 2.
We use cookies and similar technologies to run this website and to help us understand how you use it. Read our Privacy Policy here to learn how we use cookies.