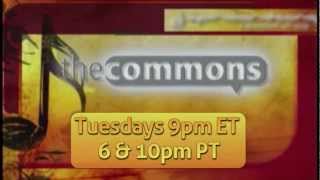 Are you having Hollywood dreams of fame and riches?
Mark Matthews
November 4, 2012

By Mark Matthews, Our Hollywood Undercover Missionary Ahhh, the Fall – Sunshine, beach, sunshine, and more sunshine. You may think of crisp air and crunchy multi-colored leaves, but it’s all beach and sunshine here in Hollywood. In fact, the only thing ever hinting at the seasons is seeing more young faces with stardom twinkling in ...read more

In January 2009, we began using the above image as Salt + Light made a move to radio. Thanks to the invitation of The Catholic Channel on satellite radio, Salt + Light began producing S+L Radio, a weekly one-hour long radio show, featuring interviews, music, news updates, and event listings. This year, as we launched ...read more

This week on the SLHour podcast
Deacon Pedro
August 12, 2012

This week on a special edition of the SLHour we celebrate 75 years of service with Catholic Digest editor Danielle Bean and Tom Tomaszek tells us about what he calls “Sunday to Sunday living.” Ralph Martin of Renewal Ministries tells us about his book The Fulfillment of All Desire and our featured artist of the ...read more

10 years ago, the world descended upon Toronto for World Youth Day 2002. This week on the Summer Edition of the SLHour, we bring you highlights from the WYD2002 CD LIVE – recorded at Exhibition Place, on July 18th 2002. The WYD2002 compilation album is the only completely international catholic music collection in the world ...read more

Canadian Bishops gather every year in Cornwall, Ontario for their annual Plenary Assembly. This week, on a special rebroadcast of S+L Radio, we travel to the Bishops’ Plenary and learn what they’ve been working on this past year. Featured chats include Archbishop Richard Smith of Edmonton, Archbishop Michael Miller of Vancouver, Archbishop Paul-Andre Durocher of ...read more

Before we let go of the year completely, Salt + Light Radio revisits some of the best music featured on the show in 2011. If you’re hanging out at home, at a get-together with friends and family or if you find yourself out driving on New Year’s Eve, tune in for S+L Radio’s New Year’s ...read more
We use cookies and similar technologies to run this website and to help us understand how you use it. Read our Privacy Policy here to learn how we use cookies.