Watch Now
Pope Francis delivered his Christmas present to the Church a little late, but still well within the liturgical Christmas season. On January 4, while leading the Angelus, Pope Francis announced the names of the 15 men under 80 he wants to elevate to the rank of cardinal. Among them are Latin Americans, Africans, Asians, and ...read more 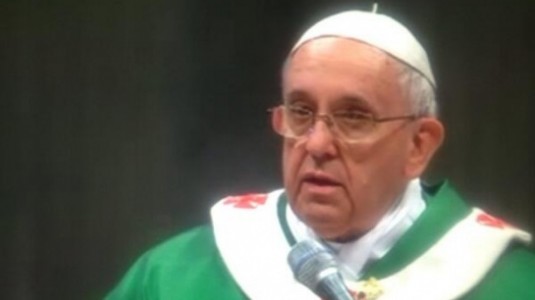 “Merciful Father, by your help, may we be ever attentive to the voice of the Spirit”  (Opening Prayer). This prayer, the opening prayer of today’s Mass, reminds us of something fundamental: we are called to listen to the Holy Spirit who enlivens and guides the Church. By his creative and renewing power, the Spirit always sustains the ...read more 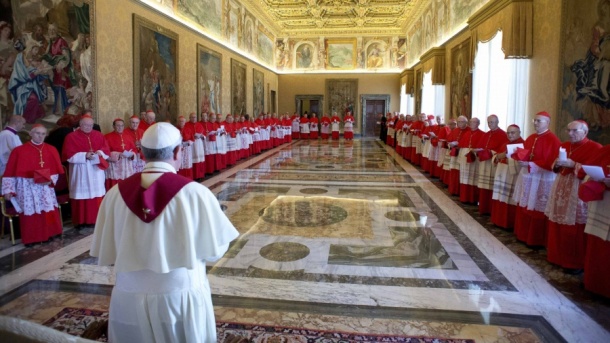 On Saturday, February 22nd, 2014, Feast of the Chair of St. Peter, Pope Francis presided his first ordinary public consistory, creating nineteen new cardinals. Sixteen of them are under the age of 80 and therefore eligible to vote in a conclave to choose the next successor of St Peter. These men reflect the universal nature ...read more

On This week’s Vatican Connections we look at the long-awaited beatification decree for Archbishop Oscar Romero. We talk to Father Frank Desiderio, a Paulist priest who worked with the producer of the 1989 film about the martyr, and we look at the reaction of Salvadoreans who have long referred to their slain archbishop as “el ...read more

By Francis X. Rocca Catholic News Service VATICAN CITY (CNS) — When the freshly named patriarch of Venice, Cardinal Angelo Roncalli, chose 37-year-old Father Loris Capovilla as his private secretary in 1953, a skeptical adviser told the cardinal that the priest looked too sickly to bear the strain of his new job. “Then he’ll die ...read more

By Raymond Syms Catholic News Service PORT OF SPAIN, Trinidad and Tobago (CNS) — Even as he prepares to receive a red biretta from the hands of Pope Francis, Cardinal-designate Kelvin Felix hopes he can continue his ministry as a “country parish priest.” But he admitted he may have a few new assignments from Pope ...read more

By Jonathan Luxmoore Catholic News Service OUAGADOUGOU, Burkina Faso (CNS) — When Archbishop Philippe Ouedraogo of Ouagadougou was told he had been named a cardinal Jan. 12, he thought it was someone playing a joke. The telephone call from Rome was in Italian, a language the prelate hardly understood, and he had not been notified ...read more

SEOUL, South Korea (CNS) — When a cardinal dons his red robes for the first time and is given his red hat, he usually is reminded that the color of the vestments is a call to devote himself completely to Christ and his church, even to the point of shedding his blood if necessary. For ...read more

By Ezra Fieser Catholic News Service SANTO DOMINGO, Dominican Republic (CNS) — Cardinal-designate Ricardo Ezzati Andrello of Santiago, Chile, said he would serve the church with “humility and simplicity” when he is elevated to cardinal in February. The cardinal-designate also said although his name had been circulated as a potential candidate, the announcement that he ...read more
We use cookies and similar technologies to run this website and to help us understand how you use it. Read our Privacy Policy here to learn how we use cookies.