Watch Now
This week was bursting at the seams with things happening inside Vatican walls. Several key meetings were lined up back to back. The Council of Cardinals, known colloquially as “the C9”, met again this week to continue their work towards a reformed curia. This time they had a more immediate task: presenting the fruit of ...read more 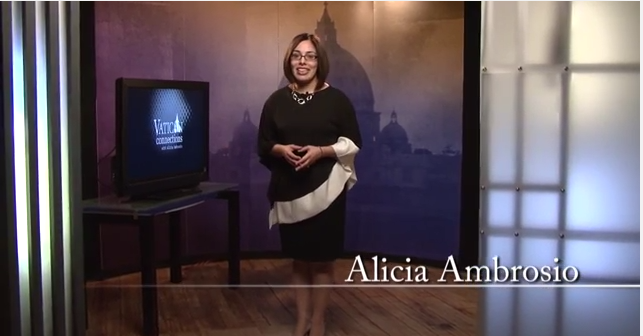 Watch Now
On this week’s Vatican Connections, we look at the long-awaited beatification decree for Archbishop Oscar Romero. We talk to Father Frank Desiderio, a Paulist priest who worked with the producer of the 1989 film about the martyr, and we look at the reaction of Salvadoreans who have long referred to their slain archbishop as “el ...read more 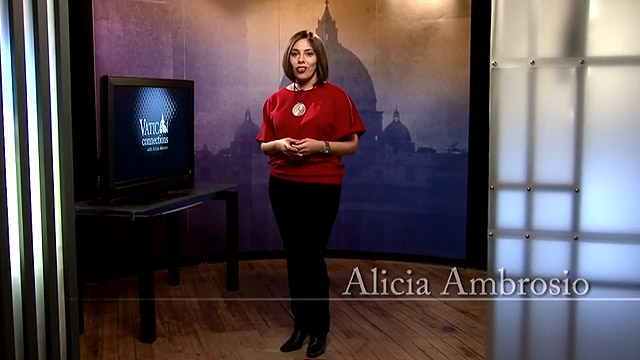 Watch Now
The Franciscan revolution continues, piece by piece. This week, it was revealed that Pope Francis is changing the process by which metropolitan archbishops are invested with their pallium. The new process highlights the importance of the local church and its connection to the wider church. In a letter to papal nuncios around the world, the ...read more 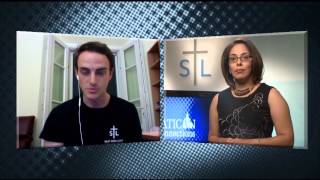 Watch Now
The first week of the Synod on the family has wrapped up in Rome. Participants have moved from general working sessions into small group sessions where they will go over the issues discussed “in aula” and work towards creating a unified document that can be presented to Pope Francis. While there has been unity among ...read more 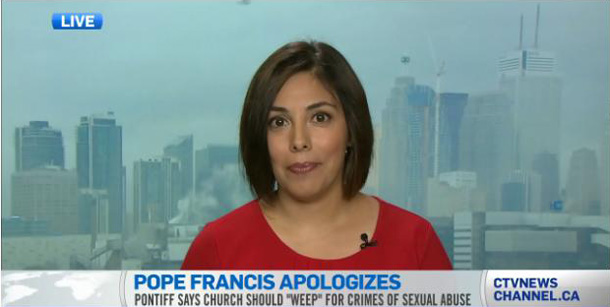 Once again the eyes of the world were on the Vatican this week. Pope Francis met with six people who were abused by priests at some point in their lives. The three men and three women attended a special private Mass at the Santa Marta Residence, had breakfast with the pope, and then met with ...read more 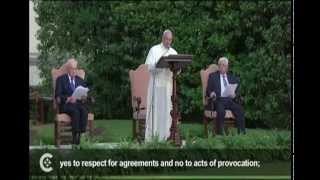 Watch Now
Henrique Cymerman has made a career out of talking to people who technically, should be his enemies. That was exactly why Pope Francis enlisted his help to bring the Israeli and Palestinian presidents together to pray for peace. Cymerman is the middle east correspondent for several news outlets based on the Iberian peninsula, including Spain’s ...read more 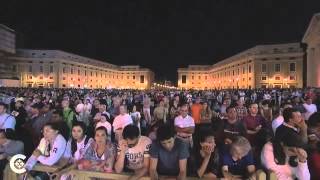 Watch Now
For most North American Vatican-watchers, this week was supposed to be about the first meeting between Pope Francis and President Barack Obama. Once again, Pope Francis diverted people’s attention and forced a substitution of headlines. The Diocese of Rome hosted a Penitential Service on Friday evening, during which Pope Francis was scheduled to hear confessions ...read more 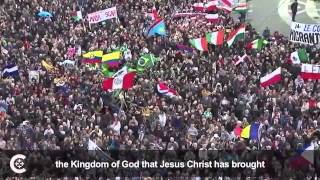 Watch Now
This week the Vatican was involved in two high level, international meetings: the meeting of the World Economic Forum and the Geneva II peace conference for Syria. The Vatican also caught international attention because of one guest coming to visit: French President Francois Hollande. While many speculated that perhaps Pope Francis would have words of ...read more 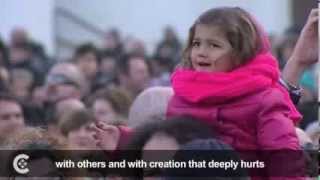 Watch Now
This week we look at why TIME named Pope Francis “Person of the Year”, we get the details on the story of one Franciscan community currently undergoing an Apostolic Visitation, and we speak to a representative from Development and Peace, the Canadian member of Caritas Internationalis about the Pope-promoted campaign to end hunger: “One Human ...read more 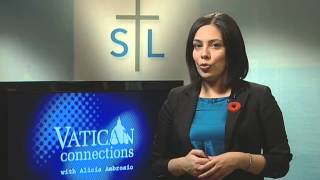 Watch Now
This week we look at the preparations for the Extraordinary Synod on the Pastoral Challenges to the Family. CNS brings us an interview with Cardinal Peter Erdo, the Relator General for the Synod. We look at the pope’s agenda, what Cardinal Dziwisz says about the Roman Curia, and we give you an in depth look ...read more
We use cookies and similar technologies to run this website and to help us understand how you use it. Read our Privacy Policy here to learn how we use cookies.