For those of you that can’t get to your television but want to follow the many Papal events in the United States this week, Salt + Light Television is pleased to announce that we are now streaming live online 24 hours a day, seven days a week! You can access our station’s online feed from ...read more

S+L AT THE PAPAL VISIT: Even before the plane lands
Kris Dmytrenko
April 15, 2008

Last night was like the quiet before the storm, as the D.C. media centre was strangely silent apart from us and the delightful Timothy Drake, author of the National Catholic Register’s Pope2008.com blog. The centre is filling up this morning as more than 5000 reporters have sought accreditation. Until the events begin, CNN Headline News’ ...read more 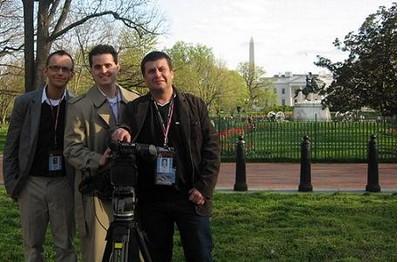 On Tuesday afternoon at 4:00 pm, Pope Benedict XVI arrives at Andrews Air Force Base for his long awaited Apostolic Journey to the United States. It will be a historic encounter as the more than 70 million Catholics in the United States have their first encounter with the Holy Father. One can only hope that ...read more 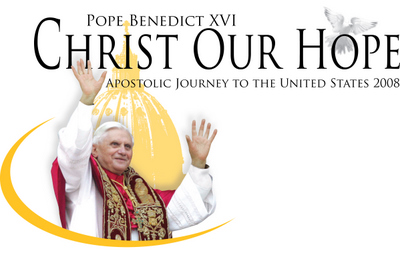 The United States is gearing up for Pope Benedict XVI’s visit this week, and Salt + Light Television will have extensive coverage beginning with the Holy Father’s landing in Washington D-C on Tuesday. Our own David Naglieri and Kris Dmytrenko will be part of the Papal Press corps and bring us reports from Washington and ...read more

This Sunday marks the 45th World Day of Prayer for Vocations. It’s an important reminder to always pray for vocations, not just this weekend, but everyday! In his message for the occasion, Pope Benedict chose the theme “Vocations at the service of the Church on mission.” He writes: “The Church is missionary in herself and ...read more

There are no textbooks or direct answers. There is no formula. Mathematicians and statisticians can put away their calculators. Because when it comes to prayer, there is no one way to teach someone what comes after the sign of the cross. I think the only person I’ve taught to pray is… myself. And obviously I ...read more

Previewing the Pope in New York: Mission to the UN now on DVD
Kris Dmytrenko
April 7, 2008 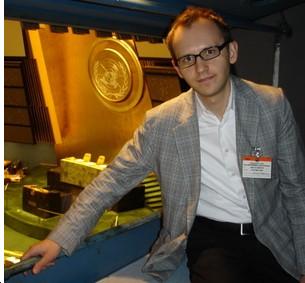 To predict what Pope Benedict XVI will say to the UN General Assembly on April 18th, let’s consider what was said the last time a pontiff addressed the General Assembly on October 5th, 1995: “[We have] supported the ideals and goals of the United Nations Organization from the very beginning. … Fifty years after its ...read more 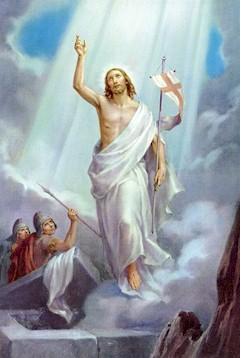 A few days ago during the Easter Triduum, we celebrated the Paschal Mystery which is the basis of our faith and is the culmination of the entire Church year. But it cannot be “done” in only three days. Every Sunday (and indeed, every Mass) is the communal setting in which we proclaim, “Christ has died; ...read more

Programming on the Third Anniversary of the Death of Pope John Paul II
Matthew Harrison
April 1, 2008 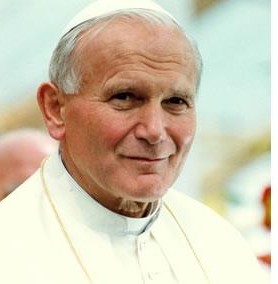 It’s hard to believe it’s been three years. On Wednesday, April 2nd, 2008, we mark the third anniversary of the death of Pope John Paul II. I’ve been reflecting a lot recently on John Paul II, as I’ve been working on a Catholic Focus examining his legacy. I think Salt + Light CEO Fr. Thomas ...read more 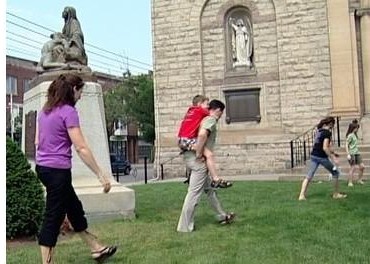 It’s a bird! It’s a plane! It’s… [insert hero’s name here]! All right, well maybe having a hero or a role model doesn’t mean we expect that person to sweep in and save us. But it does mean having someone you can look up to, refer to, or exemplify. And the world is full of ...read more
We use cookies and similar technologies to run this website and to help us understand how you use it. Read our Privacy Policy here to learn how we use cookies.