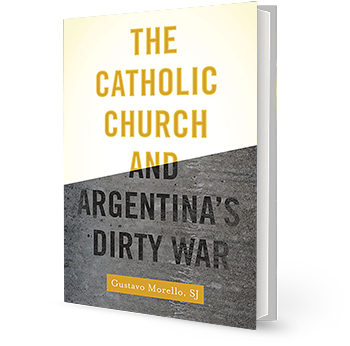 On August 3rd, 1976, in Córdoba, Argentina's second largest city, Fr. James Week and five seminarians from the Missionaries of La Salette were kidnapped. A mob burst into the house they shared, claiming to be police looking for "subversive fighters." The seminarians were jailed and tortured for two months before eventually being exiled to the United States. The perpetrators were part of the Argentine military government that took power under President General Jorge Videla in 1976, ostensibly to fight Communism in the name of Christian Civilization. Videla claimed to lead a Catholic government, yet the government killed and persecuted many Catholics as part of Argentina's infamous Dirty War. Critics claim that the Church did nothing to alleviate the situation, even serving as an accomplice to the dictators. Leaders of the Church have claimed they did not fully know what was going on, and that they tried to help when they could. Gustavo Morello draws on interviews with victims of forced disappearance, documents from the state and the Church, field observation, and participant observation in order to provide a deeper view of the relationship between Catholicism and state terrorism during Argentina's Dirty War.

My Take
Argentina 1976 – A right-wing military group seized power in a time of social instability, in the name of fighting communism and protecting “Christian civilization.” They kidnapped and tortured thousands. About 90% of Argentina was Catholic at the time, which meant that Catholics were persecuting other Catholics who were considered communist sympathizers and subversives.  So, Morello asks of his fellow countrymen and women, what defines one’s Catholicism? This is a fascinating sociological study of a dark period in our recent history.
About the Author
Fr. Gustavo Morello, SJ, an Argentine Jesuit, is Assistant Professor of Sociology at Boston College. He studied Philosophy and Theology at Universidad del Salvador, earned a Master’s degree in Social Science from the Universidad Nacional de Cordoba (2001), and a Ph.D. in Social Sciences from the Universidad de Buenos Aires (2011). His main area of research has been on two Latin American topics: the relation between religion and political violence, and secularization. In the process of writing his book, The Catholic Church and Argentina’s Dirty War, Morello developed so much expertise on the 1976 incident that the prosecutor asked him to testify in court when the perpetrators were finally brought to trial in May of 2015. 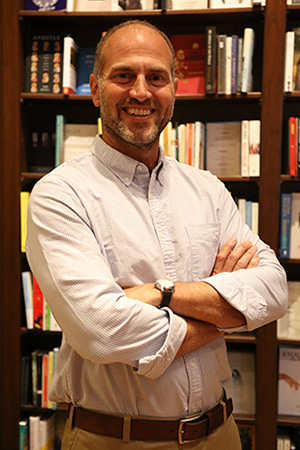 “Morello's carefully researched account of the detention and torture of six La Salette workers during Argentina's 'dirty war' exposes a parallel ideological war pursued in earnest by a traditionalist government obsessed with obliterating progressive Catholicism. This harrowing story of courage in the midst of great evil reveals how the Catholic faith was utilized in remarkably distinct ways to serve opposing visions of justice and moral duty.”


Robert Brenneman — Author of "Homies and Hermanos: God and Gangs in Central America"
< Back
We use cookies and similar technologies to run this website and to help us understand how you use it. Read our Privacy Policy here to learn how we use cookies.