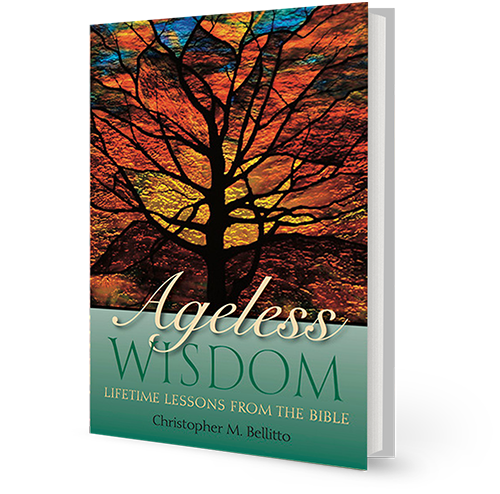 The wise elders of the Bible impart great wisdom for those on the spiritual journey. As Pope Francis said recently, "It's good for the elderly to communicate their wisdom to the young; and it is good for young people to gather this wealth of experience and wisdom, and to carry it forward." Using insights from some famous and some unknown tales, myths, legends, allegories, chronicles, and proverbs, Chris Bellitto places them in the context of the ancient biblical world in which they were written. The Bible is a living text offering all of us—Jews, Christians, and Muslims (as well as the occasional nonbeliever)—a roadmap to gain wisdom. Drawing not only on the Bible itself, but on medieval and modern Jewish commentaries (midrashim), Christian sermons, and Muslim explanations (such as Tales of the Prophets), Ageless Wisdom offers examples of how past generations of men and women have made the Bible's lessons about wisdom their own. (Paulist Press)

My Take
Chris Bellitto is a church historian, but demonstrates a real familiarity with the Old Testament scriptures in "Ageless Wisdom", a book that explores the ancient biblical paradox: does wisdom come with age? Bellitto strikes a good balance by presenting information and context in a lighthearted and accessible style. This is the perennial human story of inevitably growing old, but doing it well and with dignity, from a premise that you've most likely never thought of before.
About the Author
Christopher Bellitto is Professor of History at Kean University in Union, NJ. He is also a frequent public speaker and media commentator on church history and contemporary Catholicism. He has appeared on The History Channel, CNN, MSNBC, PBS' News Hour, NPR, and others, and is a member of the Speakers' Bureau of the New Jersey Council for the Humanities and the former chair of Kean's History Department. He received an M.A. and a Ph.D. in History from Fordham University. During and immediately after college, he worked in journalism, including a period at Newsweek magazine. Dr. Bellitto is the author of ten books, including 101 Questions and Answers on Popes and the Papacy (Paulist Press, 2008), The Living Church and Church History 101 (Liguori Publications, 2011, 2008), and the companion volumes, The General Councils: A History of the 21 Church Councils from Nicaea to Vatican II and Renewing Christianity: A History of Church Reform from Day One to Vatican II (Paulist Press 2001-2002). 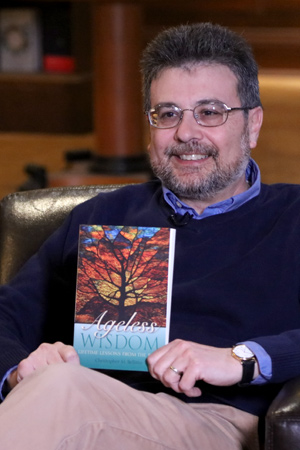 “Here is the reason why Pope Francis urges us to make room for the elderly, and their perspectives. Bellitto has gathered fine, late-bottled vintage wine from the deep cellar of ancient biblical culture, and poured it out for us in delightful, entertaining measures. Regular sips of Ageless Wisdom, to be savored slowly, are just the tonic for our manic society.”


Austen Ivereigh
— Author of “The Great Reformer: Francis and the Making of a Radical Pope”
< Back
We use cookies and similar technologies to run this website and to help us understand how you use it. Read our Privacy Policy here to learn how we use cookies.